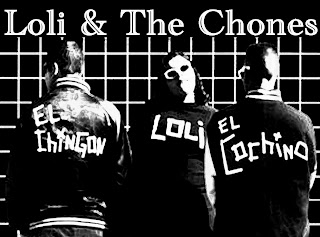 From Boyle Heights Loli & The Chones.....I got these songs from El Cochino, it was early home recordings....they were really a good band and live they were fun to watch...i miss them.. 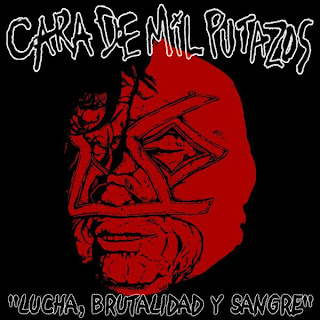 Damn here's a demo that not only kicked ass but fucked up my jaw!!!! This four track demo is abosolutely brutal!!!! The band consists of two members Nemesio El Amargado and Caxo Carnitas and they create a fucking full sound!!!! In this demo I enter the world of lucha libre, tecnicos y rudos!!! The first two tracks "Reto de el Descalabrado" and "El Punisher" are total fucking rippers, from the booming aggressive vocals, metallic shredding riffs, and precise drumming with crazed blasts!!!! Everytime I hear these songs I want to destroy everything around me!!!!
The next track "Perro Aguayo vs. Universo 2000" starts out with fierce metallic riffs and very crisp,clean drumming and once again Nemesio's raspy barked vocals attack you and don't let go!!!! With more face shredding riff action!!!
The last track "Lucha, Brutalidad, y Sangre" begins with a straight up banging riff, and the metallic headbanging onslaught doesn't end there!! Once the vocals spewed out it's all over!!! This track has really awesome tempo changes a little slower than the other three, which just adds to the ominous assault!!!! This demo sounds rough as hell which is pleasing to me. I don't know if these guys are still but I hope this demo gets repressed as a 7" one day (hint hint!)until then track this fucker down, now!!!! 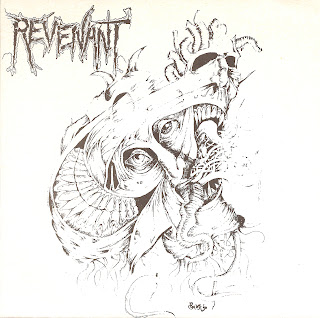 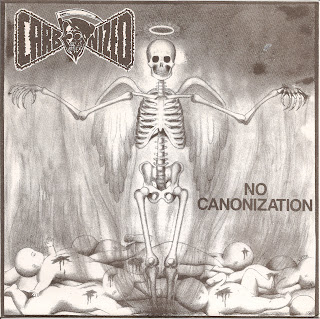 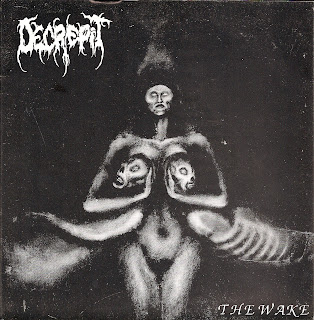 Ohio Death Metal Decrepit, got the cd with extra tracks, but i will onle upload this ep.....

http://www.mediafire.com/?a62inzvogdp
Posted by Nemesio El Amargado at 8:30 PM No comments: 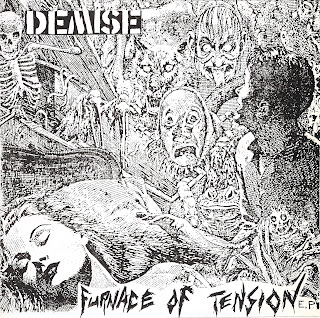 From California we have Demise....total hardcore....there 10 inch, I really didn't get into...and a haven't heard there 8 inch flexi 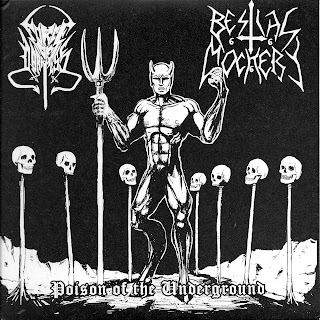 http://www.mediafire.com/?5ggaitvsonp
Posted by Nemesio El Amargado at 8:03 PM No comments: 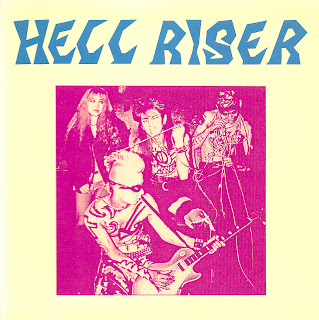 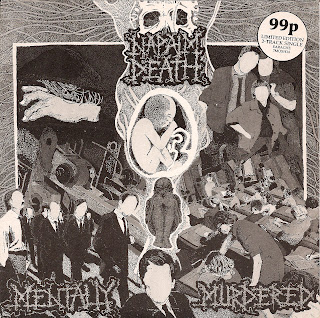 Napalm Death, When they were getting better.....Lee Dorians vocals are so deep, he was brutal........

01. Mentally murdered
02. Cause and effect

http://www.mediafire.com/?8k0zkdnjdld
Posted by Nemesio El Amargado at 7:35 PM No comments: 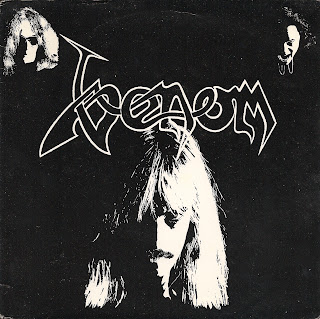 From Newcastle, come the founders of Black Metal......Venom!....

http://www.mediafire.com/?etgtvnymxnl
Posted by Nemesio El Amargado at 7:27 PM No comments: 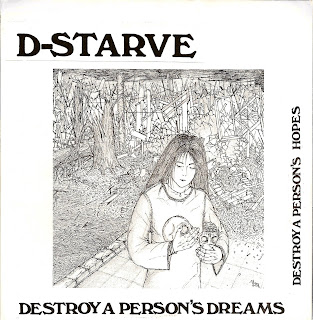 Good Japanese hardcore 7" from 1992 out of Nagoya. "Limited Edition 500 Copies" according to the back of the sleeve and this was most likely released by the band since it is Destroy and Starve:03. Features Hiro (C.F.D.L.) on backing vocals....

Reviewed by my homie Music Of Extinction
Posted by Nemesio El Amargado at 8:46 PM 1 comment: 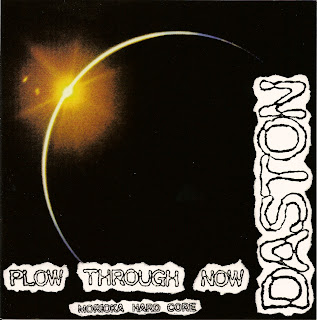 3 track 7" released a few years ago by Blood Sucker Records. They also had a split 7" with GOUKA. Brutal Japanese hardcore from Morioka City, Japan.

Reviewed by my homie Music Of Extinction
Posted by Nemesio El Amargado at 9:43 PM 1 comment: